The Macron-Merkel Plan and What it Means for the EU

The Macron-Merkel Plan was developed to help the EU through economic uncertainty exacerbated by COVID-19. What does this mean for the EU and euro area longer-term? 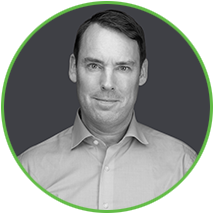 Show More
Simon is an Asset Class Specialist and Client Strategist at NEAM Limited and is responsible for non-dollar markets and portfolios. He is a member of the Firm's Policy Committee. Simon joined the Firm at its inception in 2009 having worked for a boutique investment firm as Senior Investment Manager for two years and previously with the Gen Re Group for nine years where he held several senior investment management positions, latterly managing European investment grade fixed income portfolios. Simon holds a Bachelor of Arts and a Masters in Investment and Treasury from University College Dublin. He has been employed in the investment industry since 1995.

The "Next Generation EU"

The far-reaching Macron-Merkel European Union (EU) recovery plan gained considerable attention when it was announced on 18 May 2020 at a video conference in Paris. As heads of state of the EU’s two largest countries and premiers of the EU’s Franco-German twin engine, France’s President Emmanuel Macron and Germany’s Chancellor Angela Merkel were ideally placed to make such a bold proposal.

Since the financial crisis 10 years ago, economic development in the euro area has fallen far behind that of the US, where policy measures and fiscal unity have been more conducive to economic recovery. The euro area experienced a double-dip recession in 2011-2013, shortly after the financial crisis recession of 2008-2009. Southern euro area countries were most negatively impacted but Germany, powered by its export model and current account surplus, emerged from the crisis relatively unscathed. Indeed, Northern European countries have fared far better than the less industrialized south (see Chart 1).

During the financial crisis and afterward, Germany was staunchly opposed to any EU policy that might be viewed as accommodative to the southern EU countries, which it believed had borrowed excessively and spent unwisely. The thought that EU states would “burden share” was met with fierce resistance by the industrialized Northern countries within the EU. Germany led calls for fiscal consolidation and structural reform. Given the high unemployment rates and economic heartache that Europe was enduring at the time, such reforms were hugely unpopular across much of the EU and in Italy and Greece, in particular.

Rather than forging unity across the EU, many in Europe believed the German government was creating division and acting against the interests of the EU more generally by fixating on austerity measures and leading the imposition of policies that were not conducive to growth.

The "Next Generation EU"

The Coronavirus proved to be the proverbial “game changer” with regard to fiscal unity, even if due to the particular damage caused by COVID-19. While the Macron-Merkel plan is based on 4 pillars, financial markets paid the most attention to the planned Recovery Fund. This pillar is a €500 billion fund to be disbursed as grants which would supplement the €540 billion of loans already granted and the EU’s 2021-2027 multi-year budget of €1,074 billion. Unsurprisingly, Germany had initially been opposed to such borrowing. President Macron, supported by other EU leaders including those of Italy and Spain – the member states worst affected by the Coronavirus – eventually convinced German Chancellor Angela Merkel of its merits, leading to the momentous joint Franco-German announcement on 18 May. Markets have generally applauded these developments, propelling the euro sharply higher (see Chart 2).

Critically, the Recovery Fund would see the European Commission, the EU’s executive arm, raise money on the EU’s behalf in capital markets in what Macron described as "a major step forward." The final plan that was agreed to by all EU leaders on 21 July was a reshaped version of the original Macron-Merkel plan and was given a new name - “Next Generation EU.” Rather than €500 billion of grants as proposed by France and Germany and recommended by the commission, the agreed plan amounted to €390 billion of grants and €360 billion of loans. To place the loan portion in context, borrowing in euro by Italy, the EU’s largest sovereign issuer, stands at €2,115 billion. France is in second place with €1,971 billion in debt outstanding. Germany is in third place with €1,225 billion, followed by Spain with €1,077 billion. Each of the remaining 23 member states has debt outstanding of well below €500 billion with most having considerably less than €250 billion. Clearly, the EU is to become a far more meaningful direct borrower. While existing debt will not be subsumed into a fiscal union, the agreement effectively mutualises part of the cost of the Coronavirus response at the EU level and introduces some fiscal risk-sharing and central debt issuance.2

The Macron-Merkel announcement of 18 May and the European Council (EU heads of state) agreement of 21 July mark pivotal moments for the EU. The Next Generation EU funds will be used to fuel recovery efforts in EU regions that were worst impacted by COVID-19. While funds will be focused on regions and industries that most need them, the whole EU and euro area will benefit from investment. Alongside France, Germany has taken the lead to forge increased economic unity across the region. The Next Generation EU plan still faces many challenges. The agreement must be ratified by each of the 27 member states’ governments and it must also pass through the European Parliament. That forum will likely seek to make some changes before the plan is finally approved and the commission is itself fully empowered to borrow in the capital markets.

For euro area investors, the emergence of the EU as a meaningful benchmark or reference borrower is a very positive development, particularly for the fixed income marketplace in Europe. The corollary to fiscal burden sharing will be increased economic convergence and cohesion among member countries’ economies and bond markets. Additionally, the Next Generation EU plan will help underpin the euro which was tarnished during the crisis of 2010-2012. While Next Generation EU stops short of it, in time, a full-fledged Eurobond may be a real possibility.

2 Bond market sizes noted in this paragraph were sourced from the following: