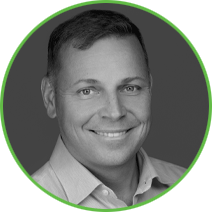 Show More
Sean is Head of Municipal Securities at NEAM, Inc. and is a member of the Firm's Policy Committee. He joined the Firm in 2005 as an Investment Accountant, moving to the Investment Group as an Asset Class Specialist in 2008 and was appointed Head of Municipal Securities in 2014. His responsibilities include trading, research and overall management of tax-exempt and taxable municipal portfolios. Prior to joining the Firm, Sean held roles of Investment Accountant at SS&C Technologies and Account Manager at State Street Corporation. Sean is a graduate of the University of Massachusetts at Lowell with a BSBA degree, holds an MBA from the University of Hartford and is a member of the National Federation of Municipal Analysts. He has been employed in the investment industry since 1997.

WHY DOES THIS MATTER?

Amid the sprawling Puerto Rico debt restructuring, the Commonwealth diverted revenues pledged to bondholders on debt owed by the Puerto Rico Highway and Transportation Authority. A District court dismissed a challenge to the redirected payments in 2018, and the First Circuit Court of Appeals affirmed in March. The court ruled that prepetition liens on pledged revenues are to remain in place during the pendency of municipal bankruptcy (a good thing). However, the court went on to rule that while a lien may still exist, the continued payment of pledged special revenues to bondholders through bankruptcy is permitted, but not required.

WHY DOES THIS MATTER?

Pledged special revenues are supposed to continue to flow to bondholders uninterrupted during municipal bankruptcy. In fact, Chapter 9 bankruptcy code was amended in 1988 to clarify this. Precedence, while admittedly limited, would also support this. In the case of Detroit, debt service on the city’s water and sewer enterprise bonds never stopped during its bankruptcy, despite the automatic stay that occurred on other debt.

Excerpt of 1988 amendment to U.S. Chapter 9 bankruptcy code (Section 922(d)): “…a petition filed under this chapter does not operate as a stay of application on pledged special revenues…”

However, the First Circuit Court of Appeals thought differently and its decision is now precedent in Maine, Massachusetts, New Hampshire, Puerto Rico, and Rhode Island. The expectation of timely debt service on revenue bonds in a municipal default/bankruptcy scenario is now less certain. Perhaps the case will make its way to the Supreme Court, though that is difficult to predict.

Many market participants have made their voices heard in response to the First Circuit’s ruling. For its part, the National Foundation of Municipal Analysts argued in an amicus brief that bondholders should “have unimpaired rights to the project revenue pledged to them1” and warned of potential negative market impact of the judgment. Ratings agencies struck a more muted tone, acknowledging that enterprise credits aren’t immune from bankruptcy proceedings, and that each (workout) situation is individually unique. Wall Street firms were also less combative, and cited importance of specific security language, as well as interpretation of the courts’ ruling.

HAS THE RULING REPRICED RISK…AND WILL IT?

The market has historically implied greater risk in revenue bonds than general obligation bonds, with lower average ratings and higher market yields. However, the market has not signaled additional weakness (in the revenue sector) since the First Circuit ruling. In fact, revenue bonds have outperformed GO bonds since the decision. In addition to this, the esoteric nature of the Puerto Rico workout offers few parallels to other municipal bankruptcies. First, it took a specific Act of Congress (PROMESA) to create a forum for the Puerto Rico workout. Additionally, the security package for the Puerto Rico Highway bonds is unique insofar as a portion of the revenues are subject to claw-back provisions by Puerto Rico GO debtholders. However, the First Circuit ruling only pertains to the revenues not subject to the claw-back provisions. So far, market reaction has been limited, and the nuanced situation may portend similar future receptivity.

We were disappointed by the ruling and somewhat surprised by the indifferent market reaction (though perhaps the record setting flood of cash in the market explains that). Either way, the decision undoubtedly casts a shadow on the durability of muni revenue bonds in periods of credit stress. That said, perhaps the decision simply confirms what the market has been discounting for years: There are no certainties when it comes to municipal bankruptcy.

So are muni revenue bonds inherently riskier than the market is transmitting? We don’t believe so. Accordingly, we are not making any wholesale changes to our process, though the Puerto Rico Highway bond case is a reminder that muni credit needs to be evaluated on a holistic basis. Legal security and precedent, while critically important, cannot be taken for granted. After all, Puerto Rico wasn’t even eligible for bankruptcy protection until Congress created PROMESA.