What drove Pacific Gas & Electric Company into bankruptcy? Does this have implications for the credit quality of other utilities? 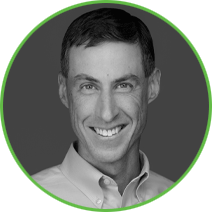 Show More
Sean is an Asset Class Specialist in the Corporate Bond Group at NEAM, Inc. and is a member of the Firm’s Policy Committee. He joined the Firm in 2001 as a member of the Quantitative Support Group, became a member of the Investment Group responsible for trading NEAM, Inc.’s short-term portfolio in 2006 and joined the Corporate Bond Group in 2007. He is currently responsible for the credit research and recommendations pertaining to several sectors within the investment grade corporate market. In addition, he is responsible for the trading and management of the preferred stock portfolios we manage on behalf of our clients. Sean is a graduate of Trinity College with a degree in mathematics, is a CFA Charterholder and is a member of the Hartford Society of Financial Analysts. He has been employed in the investment industry since 2001.

...But not entirely unforeseeable

A bankrupt company with a market cap of approximately $10 billion?

Might this be a harbinger of future utility defaults?

...But not entirely unforeseeable

The 2010 gas pipeline explosion in San Bruno and subsequent events and investigations highlighted, in our view, shortcomings in PCG’s management of operational and safety risks. A utility’s operational and safety track record, in addition to impacting the probability of a costly mishap, also has implications for regulatory support. The legal and regulatory environment in California, including the application of inverse condemnation,1 as well as the susceptibility of the state to large wildfires undoubtedly were key factors that drove PCG’s fall into bankruptcy. However, we believe that PCG’s checkered operating track record may have played a role in the company’s inability to secure more timely support from politicians and regulators, with recent safety investigations (“including resulting negative perceptions”) cited among a number of factors that the Board considered in deciding to file for bankruptcy.

A Bankrupt Company with a Market Cap of Approximately $10 billion?

PCG’s still substantial market cap is also unusual for a company that has initiated a bankruptcy proceeding. A regulated utility, of course, is different than many of the companies that file for bankruptcy; PCG continues to have a captive customer base. However, we find it interesting that the focus from many analysts is on wildfire liabilities as the key variable in estimating possible bondholder recoveries, with the enterprise value (from which these wildfire costs are deducted) treated almost as a given. While the stable, captive customer base should help to support the enterprise value of PCG’s utility operations, we believe that potential changes to the legal and regulatory environment in California (and potential changes to PCG’s corporate structure) will be key drivers of PCG’s enterprise value. We therefore believe that legislative and regulatory developments in the coming months (and years), in addition to the ultimate scale of wildfire liabilities, will be important determinants of the recoveries available to PCG bondholders, the value that might be available to PCG stockholders, and the enterprise values of other California electric utilities.

Might This Be a Harbinger of Future Utility Defaults?

While regulated utilities have had a low historical default rate, PCG’s bankruptcy filing should remind investors that, despite the generally defensive nature of the sector, one cannot be complacent in assessing potential risks for regulated utilities. Having said that, we do not believe that PCG’s challenges suggest an increase in risks for utilities operating outside of California. The scale of property damage due to recent wildfires has been much greater in California than in other states, with the combination of climate and property values suggesting that this will likely remain the case. In addition, the California Public Utility Commission (in 2017) set a higher standard than many had anticipated for recovery of costs for which a utility was found liable based on the doctrine of inverse condemnation. We believe that this currently challenging environment for electric utilities is unique to California.

1 The doctrine of inverse condemnation, as applied by California courts to utilities in the state, holds a utility liable for damages of which the utility’s equipment was the substantial cause, even if the utility is not found to have been negligent. The following excerpt from an SEC filing that PCG made in announcing the planned bankruptcy filing outlines the application of inverse condemnation to investor owned utilities regulated by the California Public Utilities Commission (CPUC):

2 For comparison, Moody’s has calculated an average issuer-weighted recovery rate for senior unsecured bonds of 38% for the 1983-2018 period (based on trading prices following default).

3 This example is for illustrative purposes only and should not be regarded as a recommendation of any specific security or holding of any client account.