Life in the Neutral Lane

Monetary and fiscal policy are shifting, causing the economy to change lanes. What should insurance companies expect in 2019 and beyond? 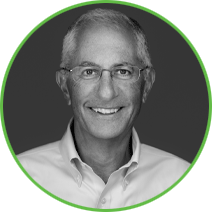 Show More
Bill is Chairman and CEO of NEAM, Inc. and a member of the Firm’s Policy Committee. He joined the Firm as Vice President in 2000, was made President in 2010 and became CEO in 2014. Prior to joining the Firm, Bill was a Senior Vice President of the Portfolio Management Group at Conning Asset Management and previously held various positions within the Investment Group and Asset Management Division at Travelers Insurance Company. Bill is a CFA Charterholder and a member of the Hartford Society of Financial Analysts. A graduate of Georgetown University, Bill also holds an MBA in Finance from the University of Chicago Graduate School of Business. Except for a two-year period when pursuing an MBA from 1988 through 1990, he has been employed in the investment industry since 1986.

For over a decade now, we have had significant outside influences acting on our economy and capital markets. The most notable has been the actions of the Federal Reserve. In response to the global financial crisis the Fed used its entire arsenal of conventional and extraordinary policy tools to provide liquidity to markets, support economic growth and contain the spread of financial instability. But it has not been just monetary stimulus acting on the economy. Deficit spending by the Federal Government has averaged $835 billion per year since 2007. More recently, the Tax Cuts and Jobs Act lowered tax rates for individuals and businesses while reforming the tax code to provide incentives for business investment. As we progress toward the end of the decade, one of the key themes is the removal or absence of many of these impulses. Without them, we expect the economy to revert to its underlying trend growth rate and the capital markets to be left to their own devices. Welcome to life in the Neutral Lane.

2019 will mark the year when all of the extraordinary measures of the Federal Reserve were finally removed. We are well aware of the reversal of the zero interest rate policy or ZIRP. The Fed has raised rates 9 times since 2015 and brought the overnight rate from effectively zero to 2.25%-2.5%. In addition, the end of QE (Quantitative Easing) has been underway for some time as the balance sheet of the Federal Reserve peaked in 2015 and is currently shrinking at a predetermined monthly rate. Forward Guidance is the last leg of the policy stool that has recently fallen. For some time now, the Fed has been telegraphing its actions. It has wanted the markets to know exactly what its intentions were with respect to overnight interest rates. Guided by the dot plots and key Fed phrases such as “gradual removal of accommodation,” investors have known what to expect. In particular, the interest rate increases of the last two years have been well telegraphed. As the Fed has neared its “neutral” positioning, the policy has become wait and see. We no longer have confidence in the magnitude and pace of the Fed’s future actions. In this data dependent stance, the Fed will be much more of a bystander or neutral influence on markets. In addition, the ultimate size of the Fed’s balance sheet is likely to be resolved soon. At which point, the Fed will no longer be a pre-programmed buyer or seller of assets.

Similarly, from a fiscal perspective, the positive impulses to the U.S. economy are likely to weaken. In 2018, the impact of lower tax rates was reduced withholding amounts for individuals and significantly lower taxes paid (and higher net earnings) for corporations. As the tax rates will stay stable year-over-year, we will witness a fading effect of the tax cuts on economic growth in 2019.  Furthermore, from a political perspective, the Democrats have retaken control of the House of Representatives, we are coming off of the longest government shutdown in history and we are heading into a Presidential election year in 2020. We should have very reduced expectations for any bi-partisan fiscal action coming out of Washington.

This is by no means a U.S. only phenomenon. The European Central Bank (ECB) has stopped its bond buying activities and the political uncertainties stemming from Brexit, the Yellow Vest movement in France and the fiscal challenges in Italy are conspiring to keep economic growth only marginally above zero.

With this “neutral” environment of political stalemate and lack of Central Bank intervention, the U.S. economy will be left without these positive impulses to growth and should revert back to its underlying trend growth rate. This is not necessarily negative as economic conditions in the U.S. are on solid footing. Unemployment is low, payrolls and wages are rising, businesses are spending and consumers are confident. Furthermore, we don’t see a looming catalyst to trigger a reversal or recession. The point is that in this neutral environment, economic growth will likely decelerate to a slower long-term trend rate. The underlying trend rate of growth has been weakening over time as the secular forces of high debt levels, aging populations and slowing growth in China limit the developed world economy’s growth potential. 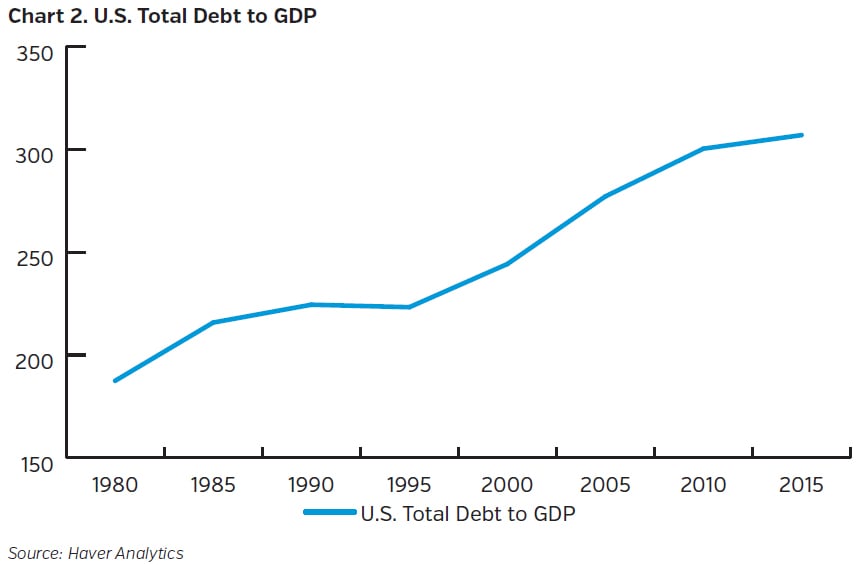 We believe the likely capital market implications of this environment are threefold. First, a lower level of real economic activity and slower underlying trend growth support a persistently low general level of yields. Second, without a perception of accelerating inflation or continued Fed Funds rate increases, the shape of the yield curve is likely to stay flat by historical standards. Finally, in this environment we should expect a higher level of volatility. Without the Fed intervening in markets, we no longer have the uneconomic buyer or seller of assets. Furthermore, this is occurring at a time when broker dealers are carrying significantly lower levels of overnight inventory to support markets. This means that the price discovery process will fall to “real money” private market investors. We believe this will translate into greater price swings in both directions (higher volatility), particularly in periods of stress.