Funds at Lloyd’s: How Asset Allocation is Changing

Lloyd’s issued guidance in 2018 to limit members’ use of Tier 2 capital. We take stock of the new requirements and how asset allocation has changed for Funds at Lloyd’s. 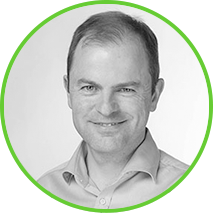 Show More
John is a Senior Client Strategist at NEAM Limited and is responsible for delivering investment and capital management services to our European clients. He joined the Firm in 2010, having been with the Gen Re Group since 2002. He was previously Associate Director on the Barclays Capital Credit Research team in London where he worked as a fixed income analyst. He trained as a Chartered Accountant with KPMG in Dublin. John is a Fellow of the Institute of Chartered Accountants in Ireland and holds a Masters in Finance from Imperial College of London. He has been employed in the investment industry since 1994.

The Composition of FAL – Migrating Away from LOCs

20 months ago, Lloyd’s issued new guidance to limit members’ use of Tier2 capital.1 With 12 months remaining until full implementation is required in December 2020, this guidance has already materially changed asset allocation for Funds at Lloyd’s (FAL).

At Lloyd’s market level, any Tier 2 capital in excess of 50% of the Lloyd’s Market-Wide Solvency Capital Requirement (MWSCR)2 is discarded for the purpose of calculating solvency coverage under the Solvency II regulation. As a result, there was approximately £2 billion of Tier 2 capital which was ineligible at 31st December 2017. This was a concern for rating agencies following the significant natural catastrophe loss events during 2017 and 2018, although risk-adjusted capitalisation remained stable as member-level capital was replenished in line with expectations.

In April 2018 Lloyd’s issued Market Bulletin Y5177 to address both Solvency II restrictions and rating agency concerns over the amount of Tier 2 capital being used by members, primarily Letters of Credit (LOCs).

This guidance limits the use and composition of Tier 2 capital relative to the member’s Economic Capital Assessment (ECA),3 hence creating guideposts for the composition of the Lloyd’s capital structure.

The capital implications of these changes for Lloyd’s participants are member specific and depend on a number of factors, including:

For some members, the changes will be capital dilutive but overall it will enhance the capital quality of the Lloyd’s market and support its reputation as a provider of excellent financial security to policyholders. This was recognised by the credit rating agencies, with S&P, Fitch and AM Best all affirming their ratings during 2019.

The Composition of FAL – Migrating Away from LOCs

In the past, corporate members have been heavily reliant on LOCs in their FAL portfolios, reaching £9.2 billion in 2016. LOCs were a cost effective and flexible source of capital relative to investment assets. However, as at year-end 2018, the total amount of LOCs was just £7.7 billion, down from £9.1 billion at year-end 2017, clearly reflecting the impact of this regulation change.

Although the total amount of LOCs had trended slightly upward until the introduction of this new rule, as a percentage of FAL, LOCs have fallen dramatically during the past decade or so, during which time the FAL of corporate members more than doubled. 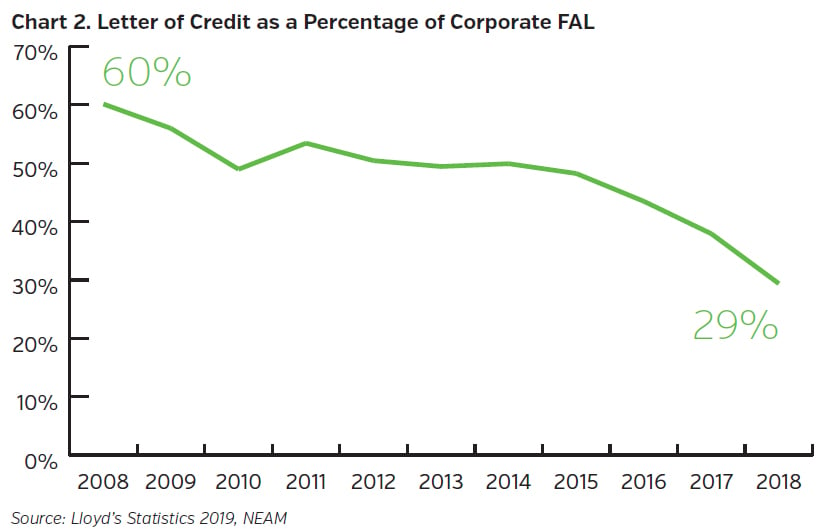 This decrease in allocation to LOCs has prompted a higher allocation to fixed income securities, and to a lesser extent, equities. This trend is evident in the below comparison of year-end 2008 and year-end 2018 portfolio profiles. 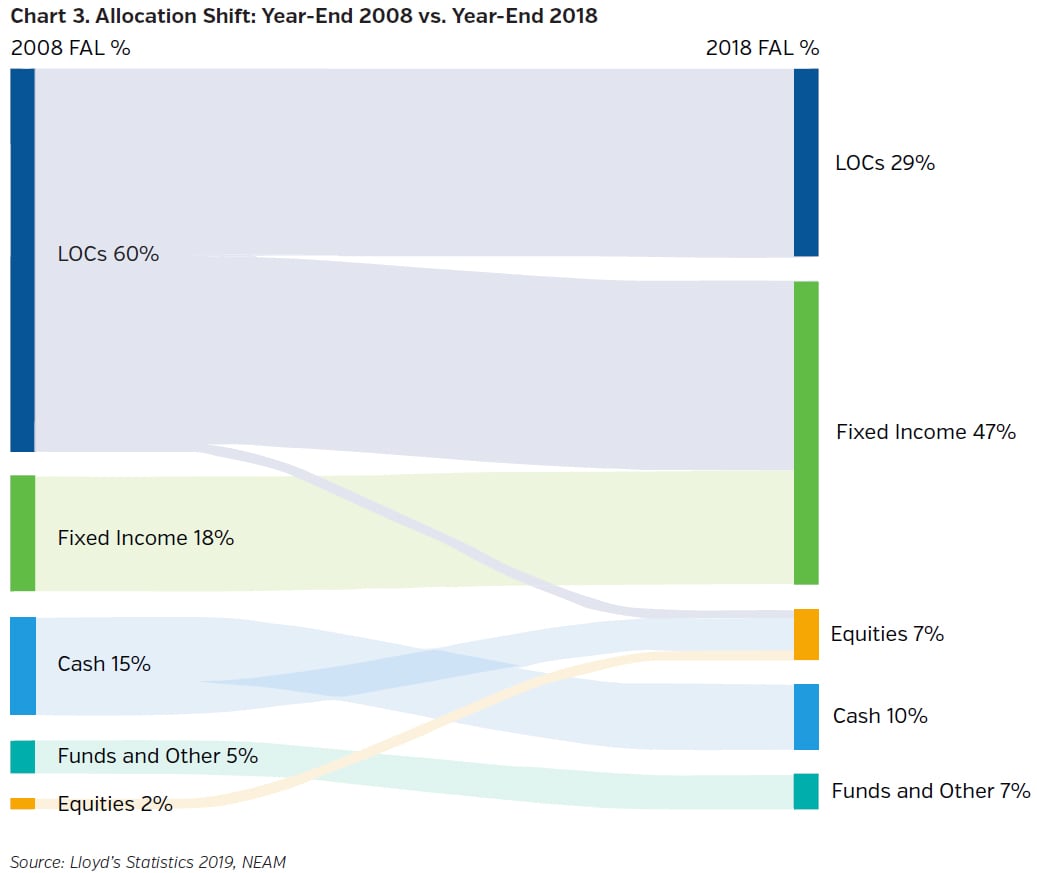 There are still some corporate members that rely heavily on LOCs. As they make arrangements to comply with this change in regulation, the amount of LOCs and their proportion within FAL will further decrease.

More generally, the changes around LOCs may also prompt corporate members to re-examine how they maintain FAL, which could lead to an increased allocation to equities and funds (UCITS or Unit Trust), continuing the recent trend. Note there is no sector level limit on these asset classes under Lloyd’s FAL guidance.

Lloyd’s recent Blueprint One document promises “[i]mproved capital rules and processes…” and “[a] new digital system to manage capital (Funds at Lloyd’s)” by year-end 2021. As these come to fruition, the composition of FAL is expected to more closely resemble how corporate members generally invest their net assets, with LOCs used only sparingly.

1 This is related to the tiering test (of the quality of capital) under Solvency II. In the Lloyd’s context, Tier 2 capital typically includes letters of credit (LOCs), bank guarantees and life insurance policies. Sometimes, the terms “Tier 2 capital” and LOCs are used interchangeably, though for the purpose of this article, we use LOCs per the narrower definition.

2 The solvency capital requirement (SCR) is a Value at Risk measure based on a 99.5% confidence interval of the expected losses over one year. For the Lloyd’s market as a whole, this is known as Market-Wide Solvency Capital Requirement (MWSCR).

3 Once agreed with Lloyd’s, each syndicate’s SCR is then “uplifted” to ensure there is sufficient capital to support Lloyd’s ratings and financial strength. The current uplift is 35% and the uplifted SCR is known as the syndicate’s Economic Capital Assessment (ECA).