Brexit continues to make headlines and markets are keeping a close watch. What should investors be mindful of as the story continues to unfold? 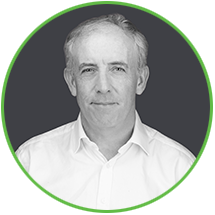 Show More
Hugh is an Asset Class Specialist at NEAM Limited and is a member of the Firm’s Policy Committee with responsibility for non-dollar markets. He joined the Firm in 2010 having been with the Gen Re Group since 1997. Prior to joining the Gen Re Group, he spent eight years with ABN AMRO Bank in a variety of treasury and capital market roles. Hugh has a Bachelor of Arts (Economics) degree and a Masters in Business Studies (Banking and Finance) from University College Dublin. He has been employed in the investment industry since 1988.

The UK’s Brexit referendum was held two years ago on June 23, 2016.  The UK gave formal notice of its decision to leave the European Union (EU) on March 29, 2017 and following the two year notice period required by EU law, the UK will legally leave the EU on March 29, 2019.  Since the referendum result was close (52% of voters in favour of leaving) and the precise terms of exit were not a feature of the referendum, it’s been a tortuous journey to date and there’s likely to be more uncertainty before Brexit takes its final shape.

The withdrawal agreement has three main components – the UK’s exit bill, EU citizen’s rights and the Irish border. The EU asserts that the UK has incurred legacy liabilities which must be paid on the point of departure – this was contentious in the UK. The EU also wanted to ensure that EU nationals resident in the UK before the UK’s departure would retain their rights afterwards. The merits were hotly debated for months and in December 2017 the EU and UK announced that agreement had largely been reached on the terms of the withdrawal agreement.

Originally the UK authorities hoped to have the long-term trading arrangement with the EU in place by March 2019; as it became clear that this would not be possible the focus turned to a transition agreement. The essence of the transition agreement is that the trade relationship will remain in its current form until December 2020 in spite of the UK’s legal departure. From a UK perspective, it means that the UK will remain part of the EU’s customs union and single market in practice, allowing for uninterrupted trade in goods and services to continue until December 2020. To secure a transition agreement the UK has to agree to abide by EU rules and regulations while losing its voting rights in March 2019 after its departure.

As with the withdrawal agreement, the issues involved were keenly debated in the UK and in March of this year agreement was unexpectedly announced on the terms of Transition.  Pressure from corporations and investors for certainty with regard to the operating environment is likely to have been key to the UK government resolving its internal differences and concurring on a pragmatic transition agreement.

The third part of the Brexit process deals with the basis on which the UK will trade with the EU after both its departure and the transition period have ended (currently scheduled for December 2020).  Initially the UK wanted to have these negotiations complete by the time the UK leaves the EU in March 2019. Given the detail involved in negotiating trade deals, however, this timeframe seemed unrealistic to many commentators. This is particularly the case given the UK has been an EU member for forty-five years and the ensuing trade deal is likely to be the most comprehensive one ever negotiated.

The EU views their membership as being a balancing act between the rights and obligations of EU member states.  At its heart is the EU single market, which allows for freedom of movement of goods/services/capital/labour. The EU has created the deepest free trade zone in the world by agreeing to rules and regulations that are common to member states throughout the EU. Thus member states have pooled their sovereignty to create an integrated trade zone. Therefore the EU view is that there can be no “cherry picking.” The UK cannot have its current level of trade access if it wishes to “take back control” of decision making re rules and regulations – especially immigration.

While the withdrawal agreement and the transition agreement are by their nature time limited, the future trade relationship is more permanent. Therefore it is placing more strain on UK domestic politics because there is less room for compromise between the political groups that prioritise freedom from EU rules and those that favour closer ties with the EU and greater trade access to EU markets post-Brexit. The recent UK proposal for the future trade relationship with the EU, the Chequers Proposal, attempted to balance all of the factors mentioned above and led to resignations of key members of the UK government.