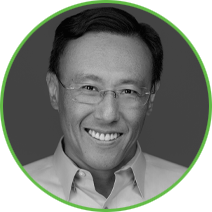 Show More
Mark is Head of Enterprise Capital Strategy at NEAM, Inc. and is responsible for delivering insurance asset allocation, capital management and advanced risk analytics to our global clients. He joined the Firm in 2012 having been a Senior Risk Manager within the Governance and Strategy team at AIG Enterprise Risk Management. Prior to working at AIG ERM, he was a Senior Vice President and Treasury Director within the Group Capital Management division of Swiss Re. Mark holds a Bachelor of Arts from National Tsing Hua University in Taiwan, an M.S. from the University of Iowa, is a Fellow of the Society of Actuaries, a CFA Charterholder, a Financial Risk Manager, and is a Member of the American Academy of Actuaries. He has been employed in the insurance or investment industry since 1999.

The U.S. life insurance industry’s statutory asset allocation across broad sectors remained mostly unchanged during 2019 (see Table 1). Bonds and mortgage loan sectors accounted for nearly 85% of the overall assets, as they continued to support the underlying long-dated liability obligations. The decreased allocation in bonds has been offset by the steadily increased allocation in mortgage loans. The allocation to Schedule BA assets reached a new high of 5.3% in 2019 and remained highly concentrated among large organizations.

The corporate sector represents nearly half of the aggregate fixed income portfolio. Private placements is the second largest sector, and its allocation has continued to rise over the last three years. As noted in prior publications, unlike statutory Schedule D Part 1A reporting, our private placements category excludes any 144A securities that are publicly traded.

The allocation to taxable municipal bonds rose from less than 1% in 2010 to nearly 4.5% in 2019. The increase in this allocation began in 2009 and 2010, after the passage of the “American Recovery and Reinvestment Act.” This Act led to the creation of “Build America Bonds,” which allowed municipalities and municipal authorities to raise debt, with the federal government providing a direct subsidy of the interest cost.

Table 5 displays option-adjusted duration (OAD) by fixed income sector. The OAD statistics are based upon CUSIP-level holdings extracted from Schedule D statutory filings and exclude any bonds held at the holding company level, derivatives, and private placement securities. The industry’s OAD was 5.5 years prior to the financial crisis in 2008 and then extended to 7.4 years through 2013. The duration lengthening through 2013 coincided with a material reduction of structured securities (see Table 4), which tend to exhibit shorter durations. The industry’s OAD extended an additional 0.4 years from 2013 to 2016 and has remained relatively unchanged since, likely driven by asset liability matching requirements. 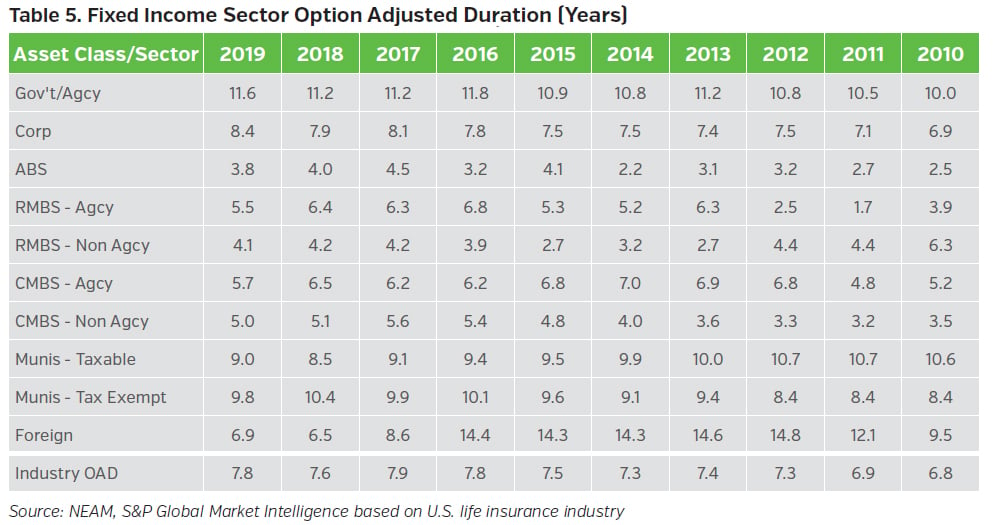 The overall industry’s book yield has declined by 115 bps over the last decade (see Table 6). Book yields across all sectors, except for Agency CMBS, declined in 2019. Cumulative 170 bps reductions in the book yields of Agency and Non-agency CMBS since 2010 reflect the runoff of seasoned pre-crisis exposures at higher book yields. 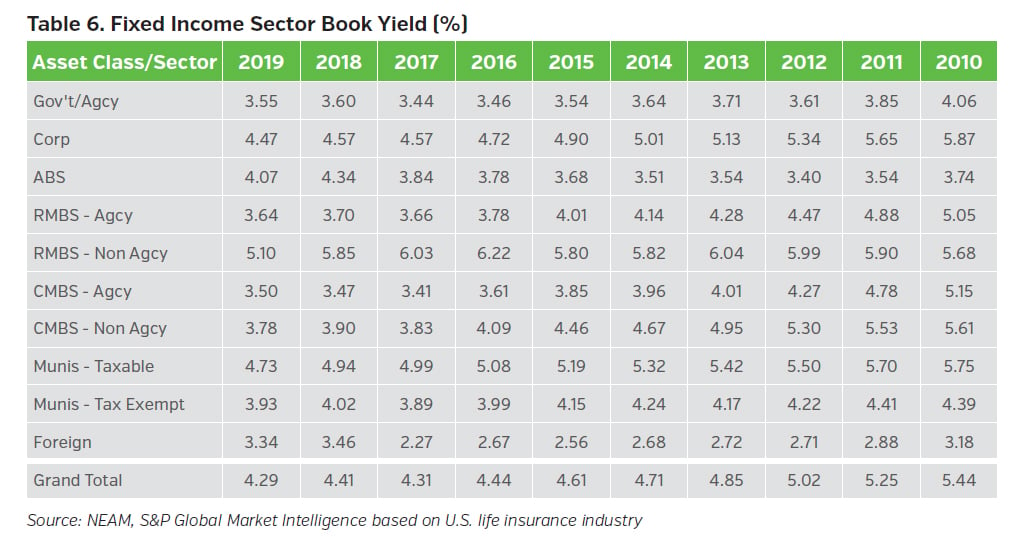 The NA category consists of mostly “true”1 private placement securities, which accounted for 16.9% of total fixed income holdings in 2019 (see Table 4). Based on historical statutory filings, about half of the industry’s private placement securities fell into the BBB (NAIC 2) rating category. This is much higher than the BBB allocation seen in public fixed income securities (see Chart 1).

The reduction in AAA securities in 2011 was the result of Standards & Poor’s downgrade of U.S. government securities. The rotation between the proportion of AAA and AA seen in 2013 was due to migration of AAA to lower-rated securities. 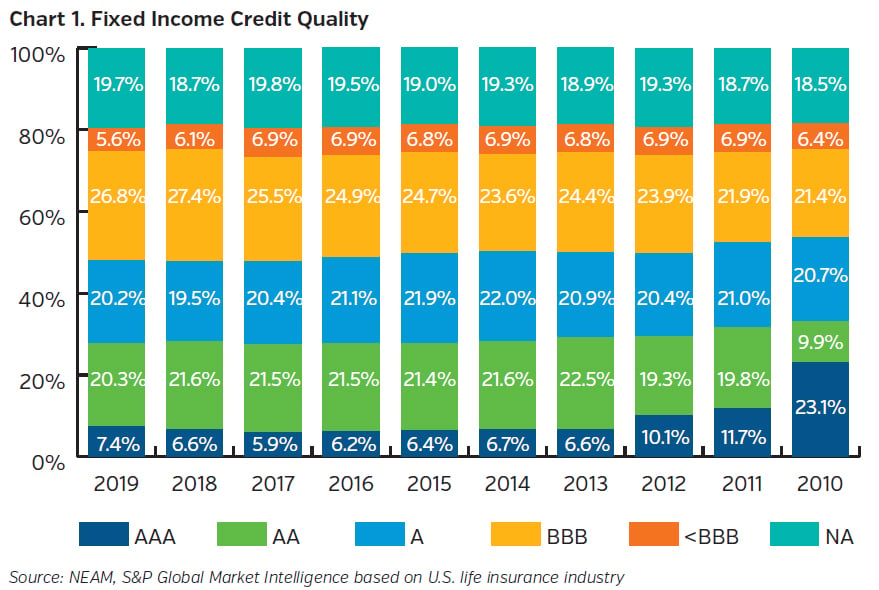 Table 8 displays the OAD for public fixed income securities by credit rating category. High yield (<BBB) bonds typically exhibit shorter durations than investment grade bonds. Over the last decade, the OADs extended across all rating categories, except for the <BBB category where OAD shortened by one year. Non-rated securities (primarily private placements), which accounted for 19.7% (see Chart 1) of total fixed income holdings in 2019, were not included in the aggregate OAD calculations.

Please contact us if you would like to receive a customized comparative assessment, which facilitates in-depth comparisons and contrasts of asset and liability characteristics of your company relative to peer organizations. The assessment supports decisions with enterprise risk preferences and investment strategy.

1 “True” private placement category excludes any 144A securities that are publicly traded.